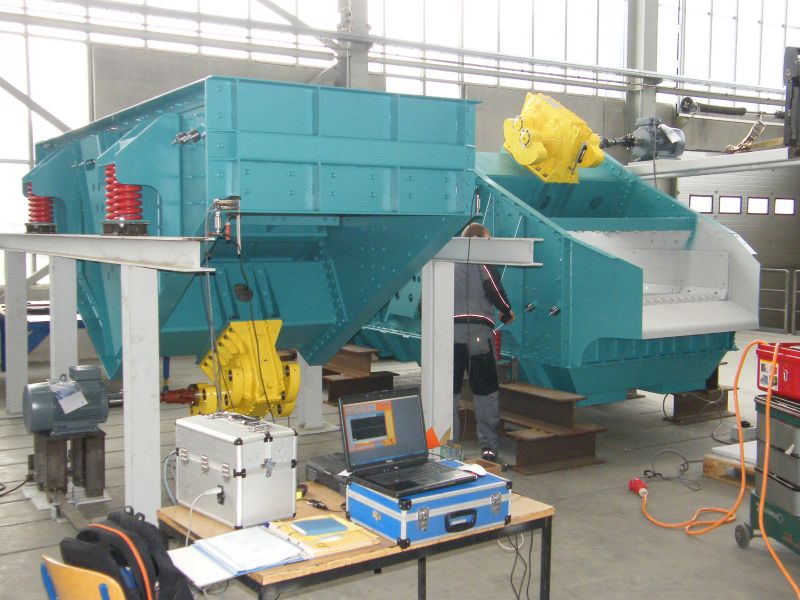 ConviTec’s efficiency is especially visible when engineering individual machines and system components. We are able to design our machines according to your specific customer wishes. Your processes and conditions are here focused on. Our engineering team consists of highly qualified engineers and technicians who look for the best solutions day after day. Modern planning tools such as 3D-scans and 3D-construction programs are important requisites for successful project handling. Using retrofit solutions we elaborate solutions for our customers so that they are able to increase efficiency of their existing machinery base. Each project order comprises comprehensive documentation including declaration of conformity and risk analysis.

Simulation software, such as finite element analysis and vibration analysis ensure the compliance of theory with practice. ConviTec’s engineers use a measurement device especially developed for the analysis of vibrating machines which makes it possible to analyze natural frequencies of vibrating systems, such as e.g. shake-out feeders, vibrating conveyors, vibrating tables etc. in respect of vibration technology. In general, four typical, machine-critical vibrations such as polar, conductor, pendulum and transversal vibration are determined during standstill of the machine. Due to the records of the resonance curves the critical speeds are exactly captured. Based on this knowledge a vibrating machine can be operated in an optimum and durable way.

Every machine is subjected to a test run at our factory in order to meet your and our high quality requirements. We provide:

If you require further information on or have questions to our engineering, we shall be at your disposal.